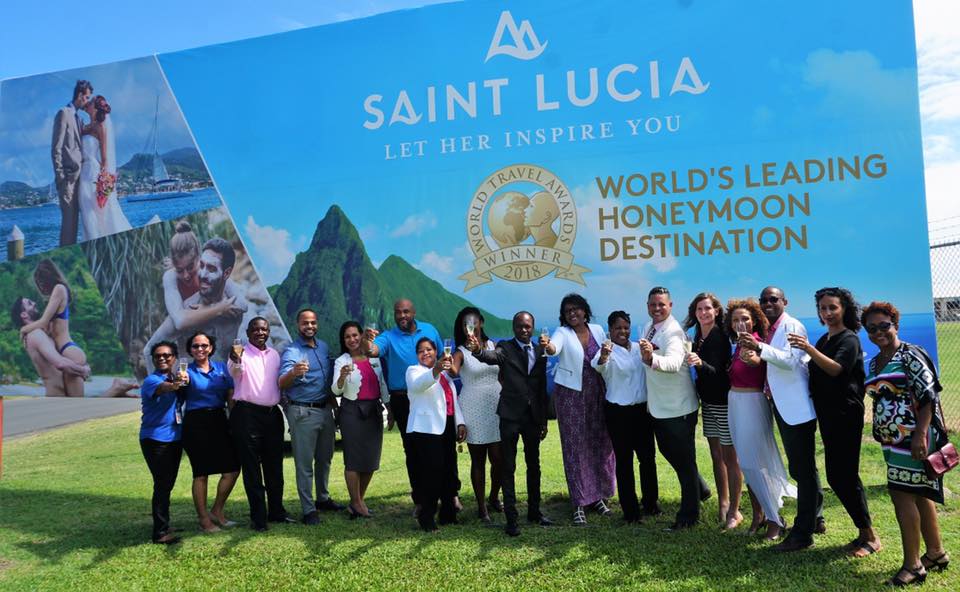 Saint Lucia has been named the 2018 World’s Leading Honeymoon Destination. The island was bestowed the honour at the World Travel Awards (WTA) Grand Final 2018 porgramme in Lisbon, Portugal on Saturday, December 1, 2018. Chairman of the Saint Lucia Tourism Authority, Mr. Nicholas John, received the award on the island’s behalf.

The destination was nominated among the top Honeymoon hotspots around the world, including Cartagena de Indias, Colombia; Jamaica; the Maldives; Maui, Hawaii, USA; Mauritius; Miami Beach, Florida, USA; and Paris, France. This is the island’s tenth World’s Leading Honeymoon Destination Award, but only its first title since 2010.

No other destination has won the coveted title as many times – Saint Lucia’s closest rival is Mauritius, which has won four times.

Acting CEO of the SLTA, Mrs. Tiffany Howard, said “This award puts Saint Lucia in a class of its own in the area of Honeymoons and Romance. To be named amongst the most amazing destinations in the world is a huge honour, but topping them all to win this title is a very gratifying achievement.”

To commemorate the award, the Saint Lucia Tourism Authority (SLTA) unveiled a massive billboard outside the Hewanorra International Airport on Sunday, December 2, 2018 announcing its most recent title and highlighting some aspects of the island that won its acclaim as the leading honeymoon destination.

On September 23 this year, Saint Lucia was named the WTA Caribbean’s Leading Honeymoon Destination which put the island in contention for the World title.